Chat with us, powered by LiveChat Skip to content

They say cancer does not discriminate, and it’s true.  Cancer doesn’t care how old you are.  It doesn’t care who you pray to or how you vote.  Cancer doesn’t care if you’ve got people that depend on you or family that loves you.  It won’t matter if you’re the world’s strongest human, or if you have a heart of gold.  You can be tall, short, chubby, skinny, black, white, pink, or purple.  You can be the richest person in the world.  The entire planet can know your name.  But in the grand scheme of things, it won’t matter to cancer, because cancer can come for anyone.  And unfortunately, 9.9 times out of 10, it comes for wonderful, irreplaceable people.  People like Randall Potts.

By all accounts, November of 2018 seemed to be the big break Randall was looking for.  He had been running his own plumbing company for 16 years, with over 20 years experience.  But as almost every story goes, times got tough.  Randall was having a battle within him.  He had ends to meet.  Should he sell the business & start all over to make ends meet?  Give up on his dream?  Leave a career he loves?  A business he crafted himself?  Giving up and quitting are terms that do not exist in Randall’s vocabulary.  So making such a decision was one of the most difficult he thought he would ever face.

When he thought all hope was lost on following his dream, he stumbled across a company that was looking for a licensed plumber. Might this be the answer he’d been searching for? There was only one way to find out. Randall took that leap of faith. He closed his own business and joined the family of Transou’s Rooter & Plumbing. 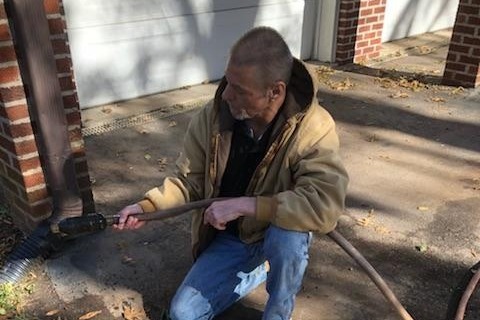 I met Randall on his 56th birthday last November.  His positive attitude & fun, and infectious spirit made it so easy for him to fit right in, and he quickly became a part of our family.  He adopted the nickname “Uncle Randall”.  And although they’re not blood-related, my son knows him as nothing else.  We’d known each other for a short time, but it was like he had always been there.

That’s just the kind of person he is. 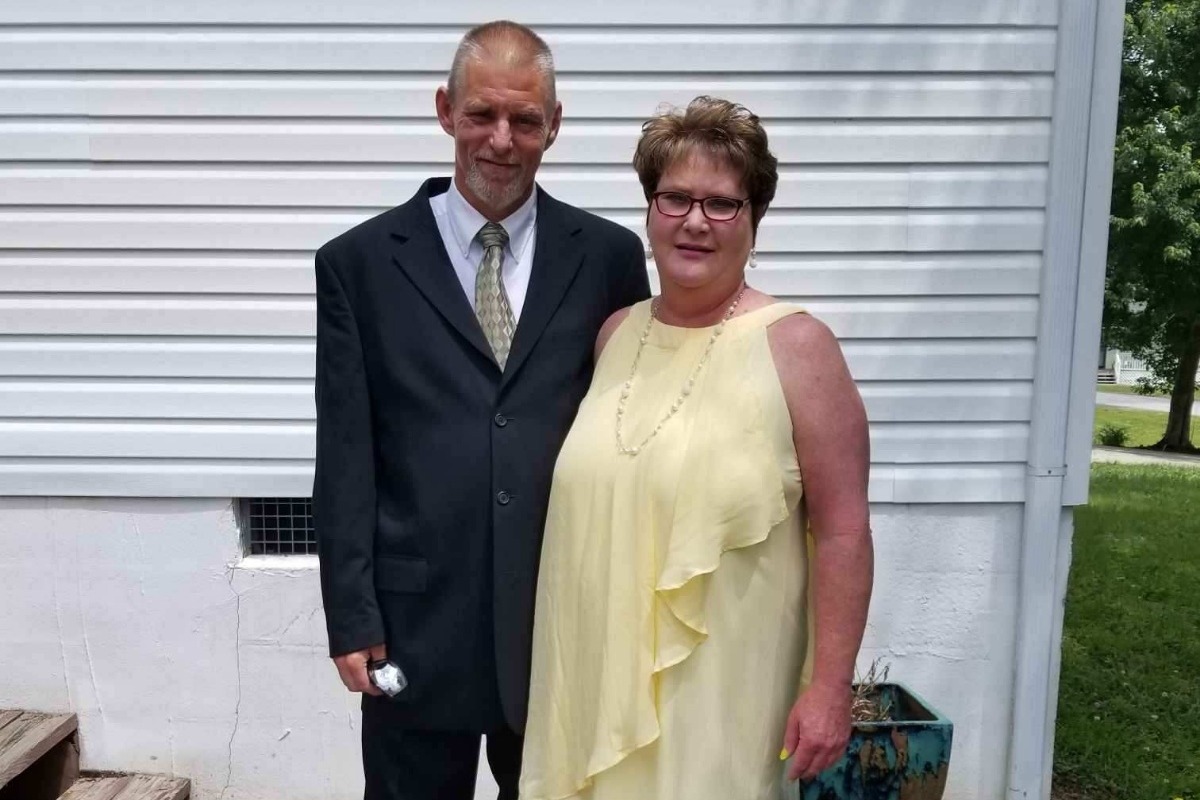 Cut to mid-December.  Randall started to experience extreme discomfort in his stomach, making it impossible to work.  We all thought that it could be a kidney stone or stomach ulcer.  Something fixable.  Something that passes.  In desperate need of relief, Randall took a trip to the ER.  Instead of the relief he desperately sought, he was blindsided with devastating news.  It was time for another internal battle. Except for this time, it wasn’t shaping up to be a battle at all.  It was going to be an all-out war.  Because instead of a career conflict, it was stage 4 colon cancer.  Such news is completely devastating, and very wholly life altering.  It is nothing short of an earth-shaking, reality changing punch to the gut that you never see coming.  Randall had to square up for the literal fight of his life: a fight FOR his own life. 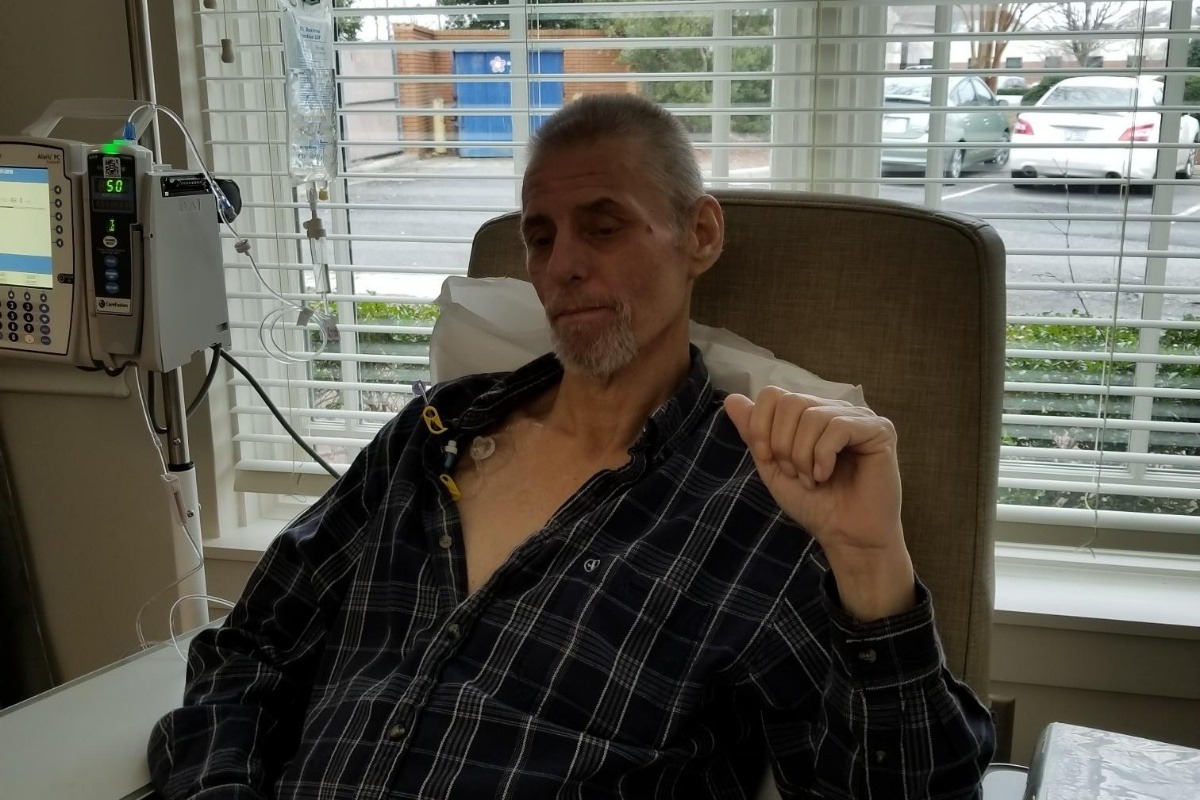 So how does one react to such news?  An endless plethora of emotions stands at the flood gates, ready to drown your mind and thoughts.  What comes barging in is different for everyone.  Anger.  Sadness.  Regret.  Fear. Anxiety.  Perhaps a violent cocktail of them all.  It can lead to depression.  Or maybe determination and steadfastness to what one clings to the most. Perhaps even some odd sort of peace.  Or maybe nothing at all.  Maybe numbing darkness presses in, leaving you at a total loss of coherent thought.  You don’t really know until you have to either stand in those shoes yourself or in the shadow of the one filling those shoes.

For Randall Potts, it was time to fight, just like every other battle in his life. And he is doing so as we speak.

As you can imagine, aggressive chemotherapy treatments every two weeks has left him completely drained and physically unable to work.  This is where you come in. Because even though our bodies are forced to slow down, and our daily lives grind to halt, our bills do not. They actually tend to pile right on up with little regard to whatever it is that you’re doing, much like cancer itself.  Here’s the thing: when someone is fighting for their life, the LAST thing they should worry about is how they will pay for their treatment, or if they will have a home to come home to if they beat it.

Randall is currently awaiting the approval process for disability.  If you’ve ever had to deal with a disability or know someone who has, then you’ll know there’s a minimum of a six month waiting period, paired with endless paperwork to submit, and flaming hoops to jump through.  We need Randall to be able to direct all his energy on his internal war, so we want to raise money to cover his monthly bills of $2,000.  If he won’t have to worry about that, he will be able to direct his full focus on winning his fight, and kicking cancer’s cruel umm, butt.

Please help us help him.  If you can contribute anything to help assist him in this full-blown war, anything at all, we would be greatly indebted to you.  And if you can’t afford financial support, he also takes knee mail.  Prayer is powerful, guys.  Keep him in your thoughts and prayers.  Lift him up.  Anything and everything counts.

Thank you so much for hearing Randall’s story, and thank you in advance for any support you’re able to offer. God bless you all. 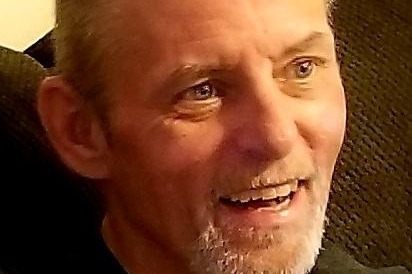